Food Assistance for landless families in the Corona Lockdown
Appeal for help by Valli Krishnaswamy on May 3, 2020

As you might be aware, due to the spread of Corona virus, all India is under lockdown from March 26th which may extend as far as into July.
The current population of Martalli Grama panchayat where Anisha is situated, is estimated to be more than 15000 people living in the hamlets and villages. A majority of them are small and marginal farmers and landless families.  Apart from agriculture, other employment opportunities in the region are limited. So, the men migrate to other districts of Karnataka and neighbouring states of Tamil Nadu, Kerala, Andhra Pradesh, Orissa, and Madhya Pradesh to work in mine, quarries, weaving mills, JCB operators, helpers and construction workers. They return to their villages with some income every quarter. In the absence of men, the women manage their households with their daily wages from agricultural coolie work. Due to the COVID-19 pandemic and lockdown, the men had to suddenly return to their villages. As such, they have no money to even get their basic food. They could manage the month of April with whatever they had in stock at home, in May the situation became critical.  The government is providing rice and wheat flour, but that is insufficient to feed a family of 10-17 members.  These families are facing the worst and are in need of food for survival. Resuming work outside their villages is unpredictable. In order to mobilize food for these families, Anisha, in partnership with local community leaders, schools, and youth is persuading Gram Panchayats to take up Mahatma Gandhi National Rural Employment Guarantee Scheme under which government guarantees 100 days of employment for every household member. As Chamarajnagar district is free from Covid-19 disease, this population can get work under this scheme. If some kind of employment is created at the village level, they can manage their survival. Anisha with its limited resources, was able to support 27 families with food items for one month. We are unable to do more. That is why we are requesting your support to provide food for one month for 1000 landless families (5-7 members each) for one month at 25 USD.

The above appeal that was sent to all Susila Dharma Organisations worldwide, to individuals and friends and duplicated by Susila Dharma International, was immediately successful. People responded through their SD organisations or directly. Within a few days, the full 25.000 USD were raised and forwarded to Anisha. Special thanks for taking up the bulk of the 25.000 USD go to a single donor from the US - a geat supporter of Valli and her work who has already in the past helped very generously when it was needed most.

Under the direction of John Bosco, an experienced development worker and alltime well-wisher of Anisha (a.o. he was one of the experts preparing and executing the external evaluation of Anisha in 2013 for the German Ministry of Economic Cooperation and Development) the execution of this worthy initiative was set up in detail in meetings with Anisha, the Convent of St. Joseph's (Franciscan Missionaries of Mary) in the area and the teachers of Martalli after it had been decided to help as many as 3000 needy families in the area.

The identification of the families was done by the Martalli teachers. They visited every house, llooked at the circumstances and issued tokens that would legitimate the bearer to collect a parcel on the day of distribution. Food was purchased wholesale and packed and stored at St. Joseph's Hospital. Many local people teamed up and volunteered with Anisha to pack, unload and finally distribute food kits to the families. Common places like temples, churches and schools were selected as distribution centers. St. Joseph's convent donated also 2000 reusable facemasks. People stood in line - keeping the prescribed distances.

Anisha contributed 1320 food kits, the Sisters of the Joseph's Convent 1400 - the Organisation for Development of the People in Mysore added 200 food kits, the teachers of Martalli 100. At the end a total of 3020 food was distributed in the Hooga Panchyath and the MM Hils Panchayat of Martalli. And while all this was happening, the Government announced that the Mahatma Gandhi National Rural Employment Guarantee Scheme would be implemented, by which a 100-days guaranteed job scheme would be in place shortly which was a great relief for the afflicted families.
The Sisters, the teachers, the volunteers and John Bosco asked Anisha to thank the donors for their immediate response to the relief appeal and the timely help.

​Everything ended by honouring all those brave Corona warriors who had worked so hard for the welfare of the people in the region:
the team of the Martalli Primary Health Centre, the Community Health Workers and the Police Staff of Ramapura.
​
Planning and Execution of the Corona Relief 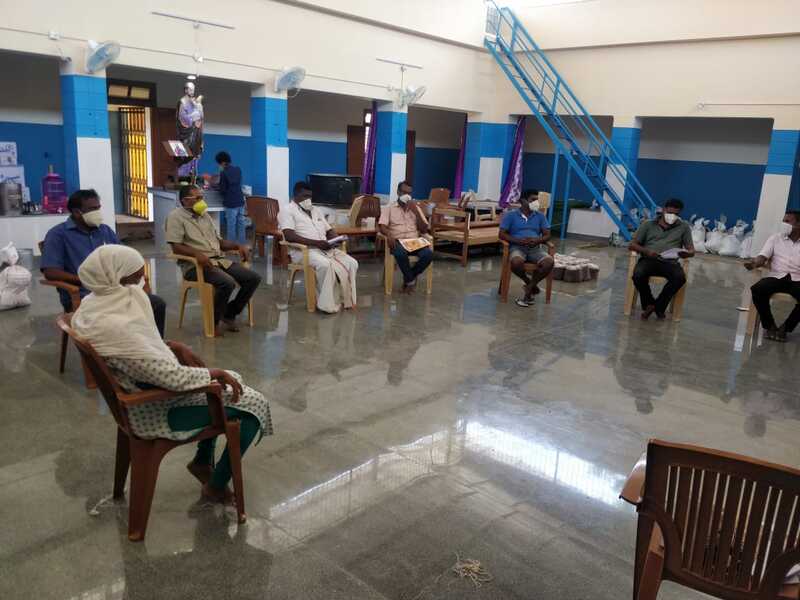 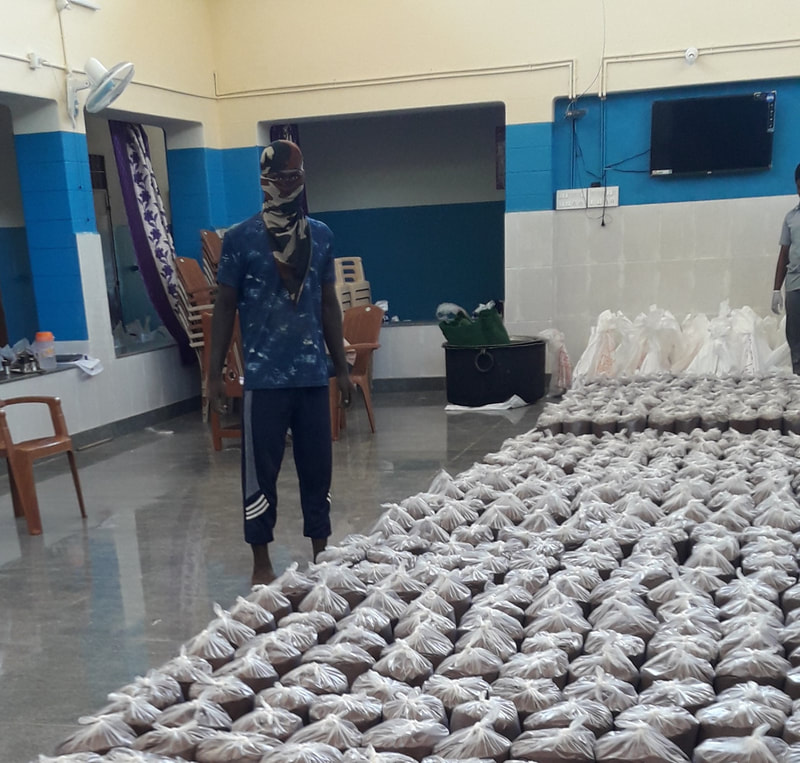 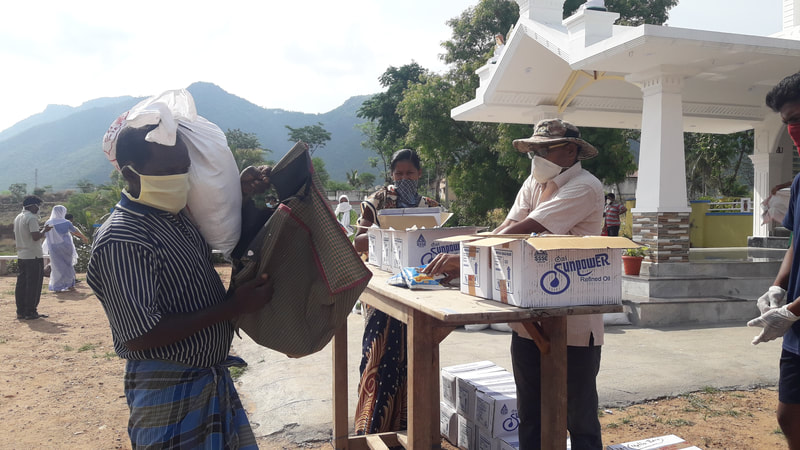 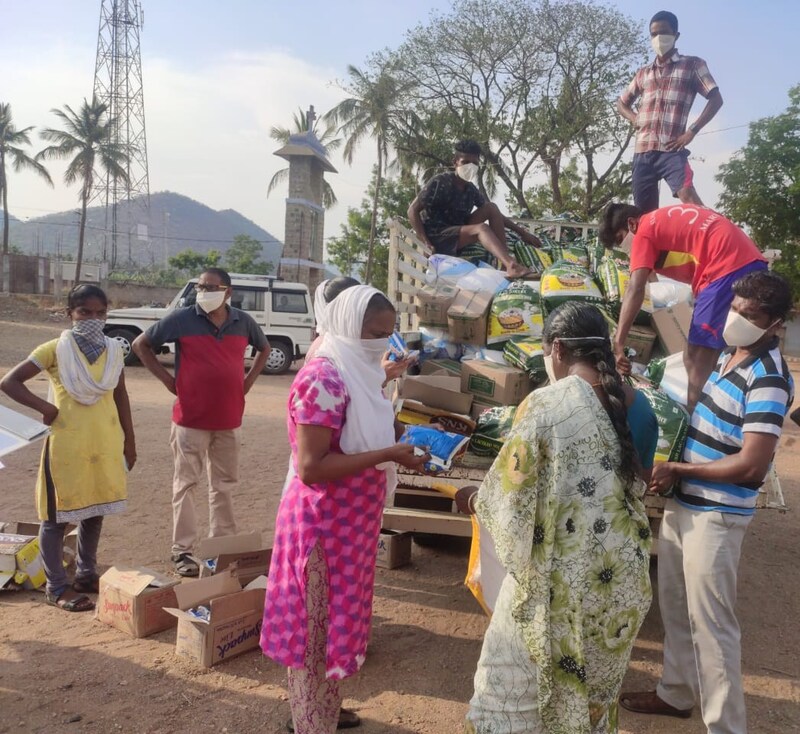 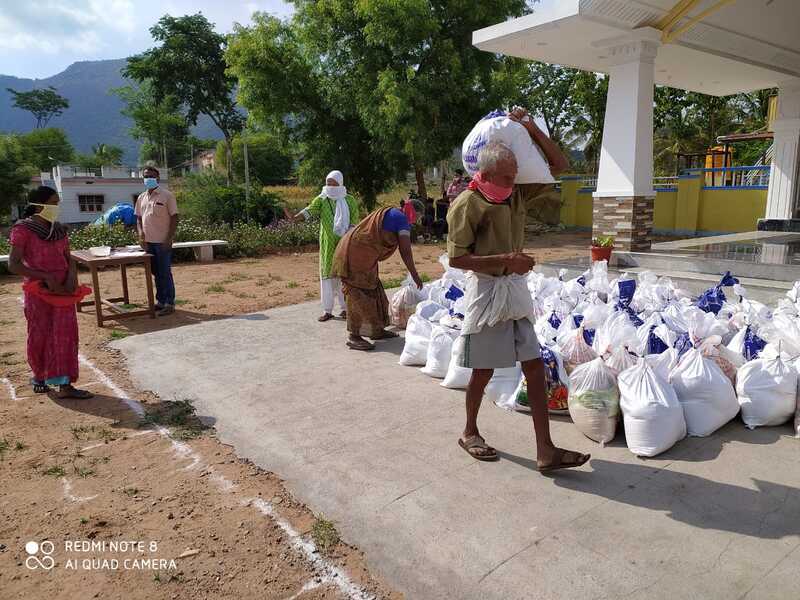 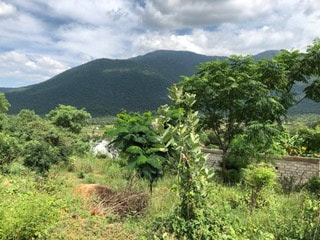 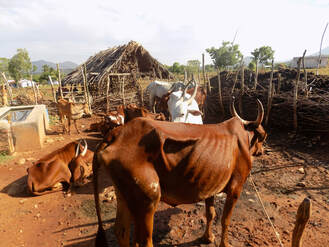 In April 2017 Valli wrote: "The situation is very bad here, there is water scarcity and no fodder available in the region. The panchayat is supplying water to the villagers which is insufficient. The fodder is coming in from Kollegal, the price is too high for the farmers. Some already lost their cows and buffalos and others are trying to sell the meager animals ... "

Immediately an appeal was sent to Susila Dharma International, National SDs and individuals. It was the Easter weekend and everyone responded immediately and very generously. Valli ordered 50 t of maizestraw, 32 farmers received 1,5 tons each and 320 heads of cattle could thus be saved. 8.403 USD were collected over the weekend and the following week. 4.606 USD spent on fodder, the remaining 3.797 USD will build the stock of a drought-relief-fund.

In June Valli writes:
"The pre-monsoon rains have started in May, the grass in the forests is growing again and the cows went back there for grazing. Cows are the only capital farmers have. When they need money for a wedding, they sell one or more cows. To cultivate their land they need cattle menure, what they do not need themselves, they sell. Same with milk and milk products. Cows are also a kind of moving back, serving as security vis-a-vis the local money lenders. Cows, as one farmer put it, are an important source of income and have in the past often saved our families from ruin. We cannot imagine to lose them. "
MAILING ADDRESS: Anisha . Kadabur Village . Odaradotti . Martalli Post . Kollegal Taluk . Pin Code 571444 . Chmarajnagar District . Karnataka State . India
E-MAIL: anisha.india@gmail.com    .    PHONE: (91) 9448872207
@Website, videos and photos by Myra Margolin.  Additional design by Osanna Favre and additional photos by Anisha, the Human Force Volunteer Camp, Renee Zimmer
and  Aminah Herrman. Updates Renee Zimmer and Valli Krishnaswamy, eMail Renee: ﻿﻿CZimmer@t-online.de﻿﻿
Home, About, Concept, Programs, Achievements, Rural Tourism, Donate